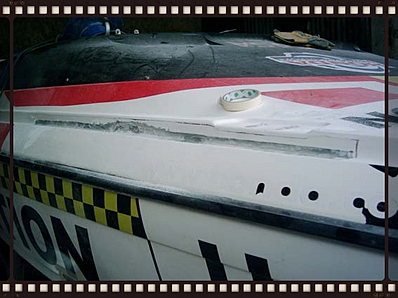 The damage shown here occurred in a battle for one of the buoys at the Swansea GP 2004, a matching split of about the same size also ran down the chine. 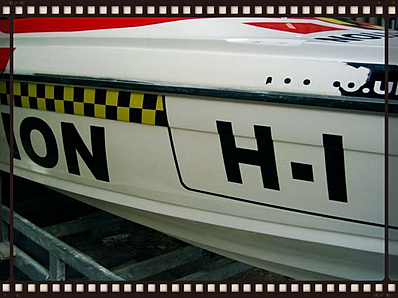 The same area after the damage was repaired 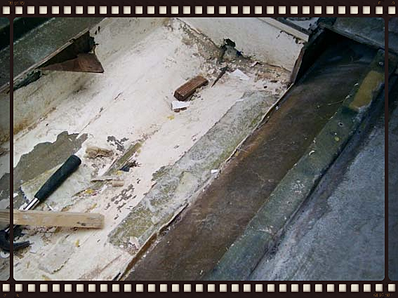 While we were replacing the floor, seat mounting and repairing damage to the bottom of the hull it was discovered that the main floor supports had rotted and needed to be replaced. 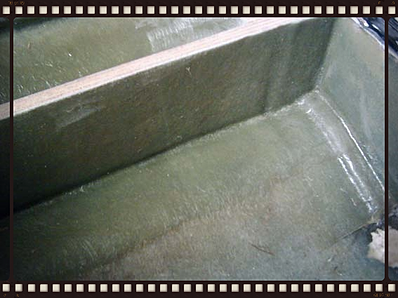 New floor supports fitted and glassed in place; the white you can see is flowcoat, which is put on to protect the new laminate.

This boat also had its main bulkhead smashed and more deck damage in the British GP at Plymouth 2004, which we replaced and repaired in time for the last race of the season at the Southampton Boat Show. 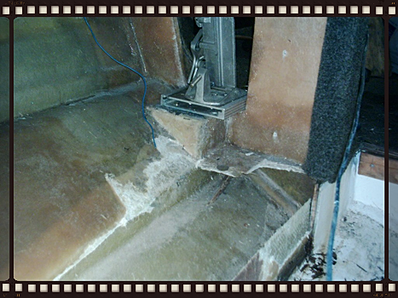 The off white area is delamination of the hull caused by contact with another boat. We had to remove the front floor to get at this damage. We found that the main longitudinals under the floor were rot so we fitted new ones and a new  floor at the same time. Nov/Dec 2004 refit. 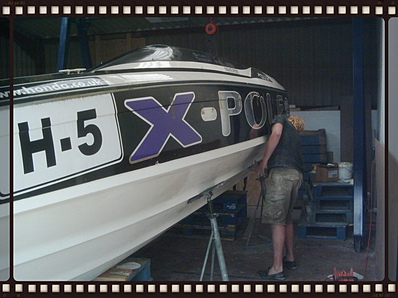 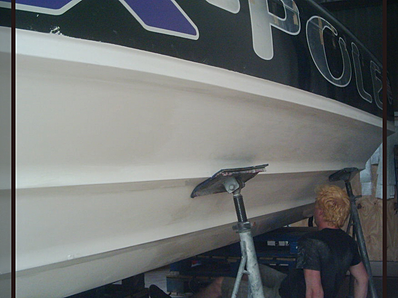 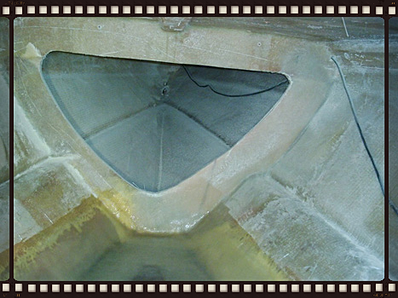 New bulkhead fitted and front floor after a big crash at Swansea. 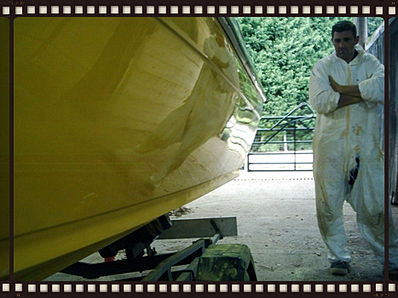 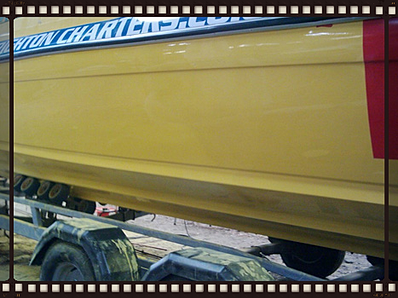 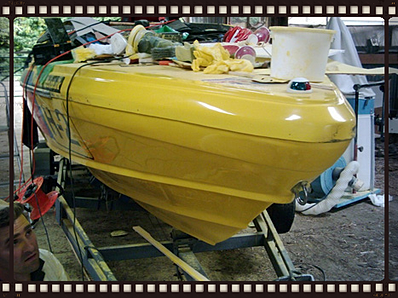 This is the outside shot of the first photo, the fully repaired bow.

When you are crashing from wave to wave you need to know the work that has just been done on your craft is not going to let you down, after all your life could depend on it.

I was able to see the work at different stages of repair and was astonished by the amount of work that goes into just the preparation alone. It was easy to see where short cuts could have been made, but despite being hassled by me every couple of days Lloyd would not compromise on his workmanship or the materials he used. The quality of work was absolutely exceptional, the boat felt more ridged and stable than ever before. I know without doubt Lloyds work contributed to Stella & I winning the Championship that year.